First Out The Door.. 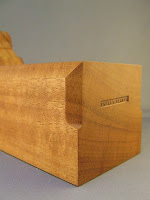 HI Folks
The first planes of the year are on their way - a Miter Plane and a Panel Raiser.
The Miter Plane was one of my first models, and I've subtly tweaked its styling over the years. It's a low angle plane with its iron seated bevel down at 38 degrees. This is 7 degrees lower than a standard bench plane and makes a significant difference when planing end grain, a job this plane was designed for. Its big sides have a large footprint when using it on the shooting board, making it very stable. And the monster 6mm thick iron adds some real heft to the plane! 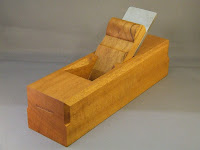 The Panel Raiser is a very tricky plane to make due to its skewed iron and profiled sole. I've made a few over the years and always look forward to the task - it makes for a very special plane. And to make your own raised panels without the danger of spindle moulders or large router bits flying about makes a lot of sense
! 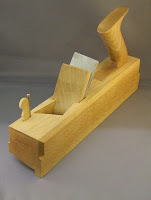 I'll just add that I find the white text on tan background on your blog page a bit hard to read.

I've altered the text to black - hope this is easier on the eyes?